Growing up, a jar of sourwood honey was a permanent fixture on our kitchen table. Maple syrup and sugar was exotic to us, and a rare, relished treat.

Since moving to the colonial farm, we observe maple sap lines that snake through woods, and galvanized buckets that gleam in the sun. This year, the maple harvest began earlier than usual, as reported by Paul Post in The New York Times. Maple farmers are hoping that the required conditions – warm days and cold nights – will continue, enabling them to harvest prior to the trees budding out. If the weather becomes consistently warm, the sap will stop running. 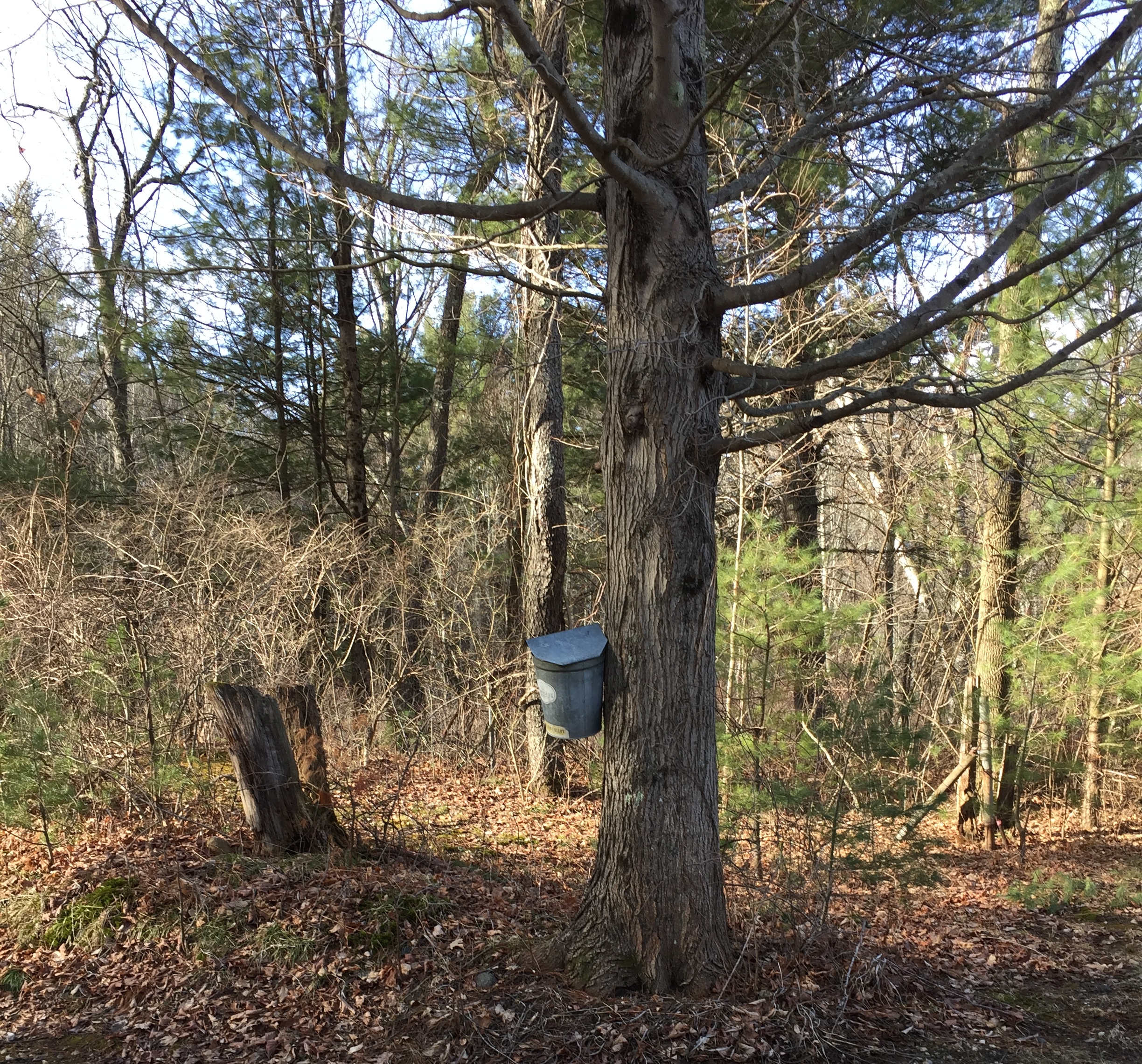 Each year, I ponder harvesting from our sugar bush and wonder if we are wasting nature’s sweet sap. So, when I saw Helen and Scott Nearing’s The Maple Sugar Book on the second-hand shelf, I snapped it up. The Nearings moved to the Green Mountains in Vermont and sought to make “an honest living”, and found that sugaring was the answer. Their wisely written book walks one through practical advice: how and when to harvest; methods of making syrup; and a business and marketing plan, right down to packaging and the dollars and cents of the enterprise.

In the final chapters, they elucidate a plan for living off the land in a mindful manner, and conclude with the following:

We have earned from maple and found a means of livelihood. We have also learned from maple. The occupation of sugaring has been a thorough-going education and broadened our contacts with life in its many aspects. The young Thoreau in his Journal wrote, “Had a dispute with father about the use of my making this sugar…He said it took me from my studies. I said I made it my study and felt as if I had been to a university.” A complete syrup and sugar maker comprises in himself a woodcutter, a forester, a botanist, an ecologist, a meteorologist, an agronomist, a chemist, a cook, an economist, and a merchant. Sugaring is an art, an education, and a maintenance. “May it long be the mission of the maple thus to sweeten the cup of life.”

Last year when maple buckets were advertised for sale in our local “Shopper’s Guide,” I did not call about them. Now, I am on the look out, knowing that there are many lessons to be learned.

Helen and Scott Nearing, The Maple Sugar Book, Together with Remarks on Pioneering as a Way of Living in the Twentieth Century, (Schocken Books, New York, 1971), pgs. Xii, 246.