Most likely from our grade school history classes, we are familiar with the Boston Tea Party and the significance of throwing the chests of tea into Boston Harbor, as a protest to taxes imposed by the British.  However, the ‘spinning bees’ held throughout the colonies are often eliminated from those history text books. The ‘daughters of liberty’ were spinning their own wool and linen, for the purpose of making their homespun to be woven and then sewn into garments.  The wearing of these garments in itself became a visible protest to the British—many colonists refused to wear clothes made from imported, taxed cloth. In her book The Age of Homespun, Laurel Thatcher Ulrich notes that “Between March 1768 and October 1770, New England newspapers reported more than sixty spinning meetings held all along the coast from Harpswell, Maine, to Huntington, Long Island. 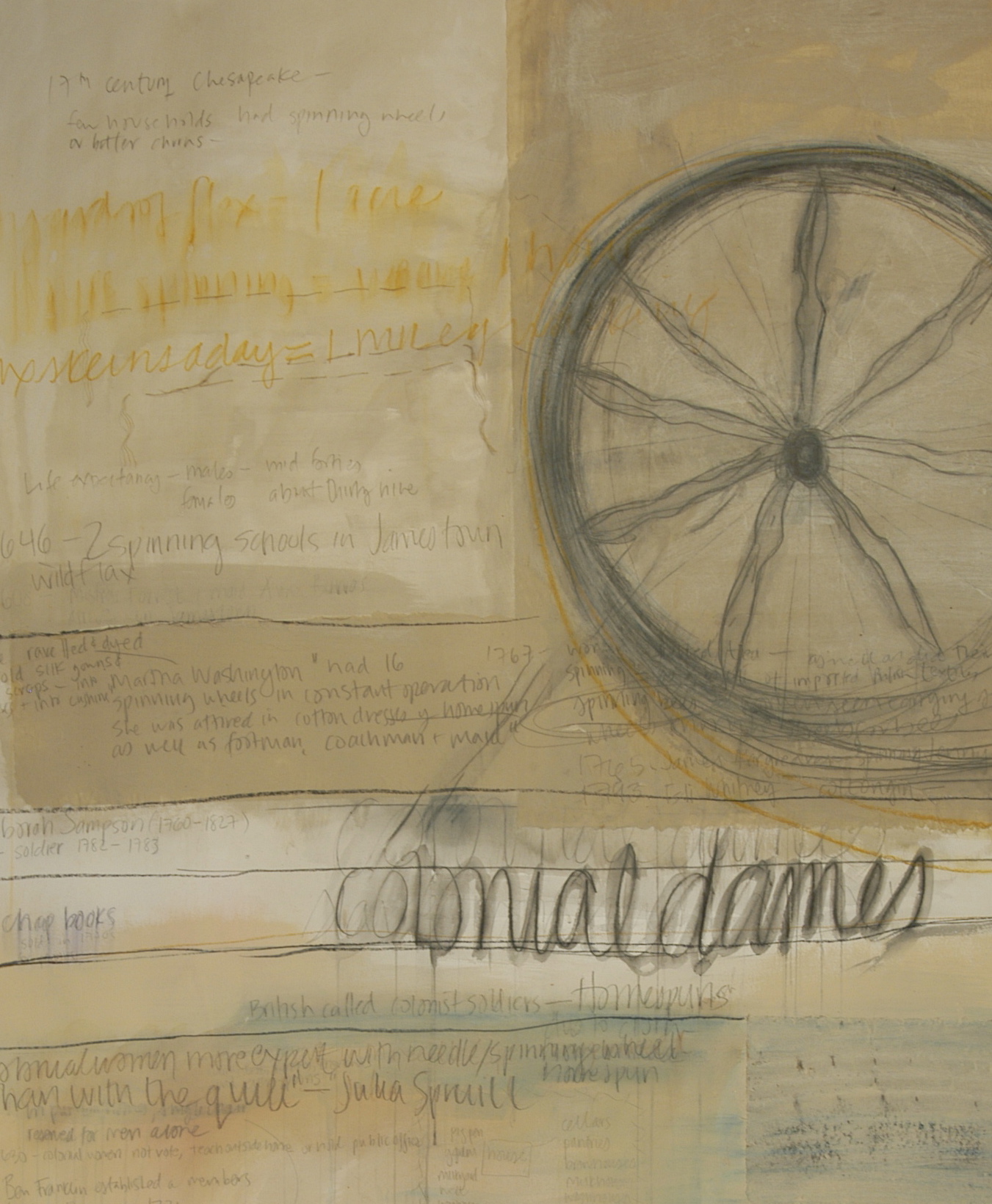 Now manufacturing is largely outsourced to other countries, so our citizens can purchase countless cheap garments and other goods.  However, we can gain inspiration from a growing number of contemporary makers, thinkers and doers. The most recent newsletter from Alabama Chanin describes a modern venture to manufacture clothes on American soil:

“To do this, we want to create a manufacturing facility that will not only create an additional range of Alabama Chanin goods, but provide opportunity, knowledge, and space for other companies interested in organic, Made in the USA production. There is a dearth in the market for affordable, organic garments made in our own country. For years we have cultivated relationships with organic suppliers and, to the best of our ability, built an organic supply chain from start to finish.

Our goal is to revitalize the once-thriving garment manufacturing industry within our community while joining elements of design, manufacturing, craft, cottage industry, and DIY as a model for other manufacturers. Some may say that it is a lofty goal, but we have experienced advisors, makers, and designers at our side. The machines are here and we are in the process of getting them running.”

It is Independence Day today, and so a very good day to reflect on what it means to produce and buy American!

Laurel Thatcher Ulrich, The Age of Homespun,  (Alfred A. Knopf, 2001), p. 176.  This book is a mainstay in my research.  Chapter 5—Willie-Nillie, Niddy-Noddy—thoroughly recounts and describes the “spinning bees’ and cloth production in the colonies.