Our home is a center chimney colonial—the structure was built around an enormous brick and rock construction that has 3 fireplaces.  Two of these fireplaces have iron swinging cranes for cooking as well as beehive ovens for baking.  Women were in charge of the hearth–keep the home fires burning meant literally that, and it was an irresponsible housewife that let the fire go out, the ultimate shame.  If this occurred, someone would be sent to a neighboring home to collect embers to re-start the fire.

Women were also in charge of food preparation and serving. Even though I have read and seen examples of open hearth colonial cooking, there are still so many questions that I have.  The upcoming weekend conference about colonial foodways being held at the Deerfield Community Center in Deerfield MA might answer a few of these questions. 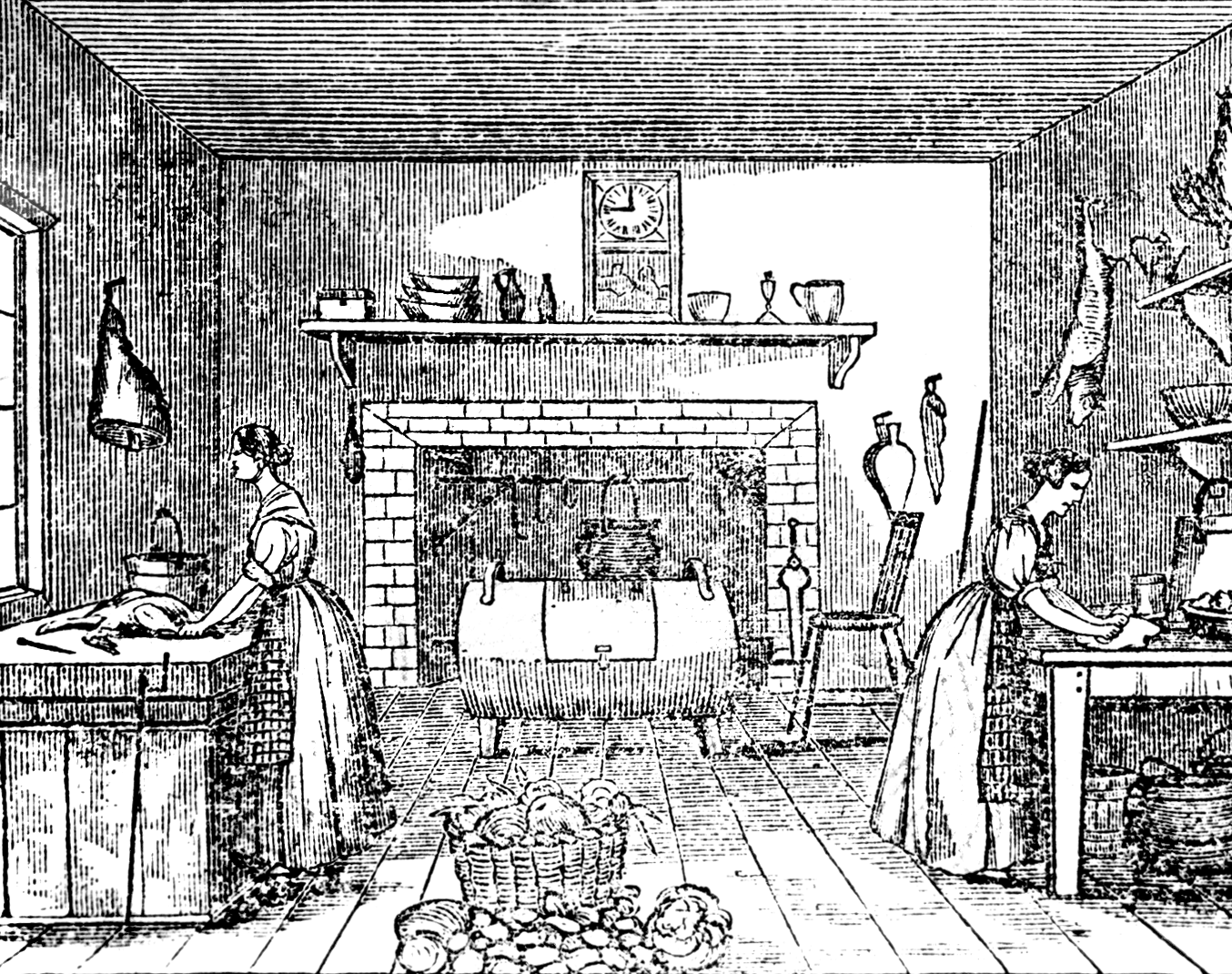 Foodways in the Northeast II: A Second Helping is a three-day conference of seventeen lectures, a supporting workshop, and demonstrations on the subject of New England’s culinary history from 1600 to the present. The program complements and expands on scholarly developments presented at a previous Seminar held thirty-one years ago in Deerfield in 1982. Beginning Friday evening with the keynote speaker, John Forti of Strawbery Banke Museum, the conference will address colonial-period foodways; the foodways of schools, politics, and culinary revivals; diet and religious foods; nineteenth- century farm management; and foodways in the twentieth century. The conference will end on Sunday with a panel discussion on the renaissance in New England of artisan and slow foods, followed by comments from Caroline F. Sloat, a speaker at the 1982 Seminar.