Summers spent with Nannie, my grandmother, were a treat; however, they were not spent idly.  We traveled the back county roads of Catawba County picking up the best peaches and blackberries. This was the easy part and we worked ‘putting them up” in the form of jellies, jams and frozen for winter breakfasts.  Nannie and Papa also had a huge garden and we were enlisted to help pick the summer crops, and then worked hours and hours helping her preserve them. 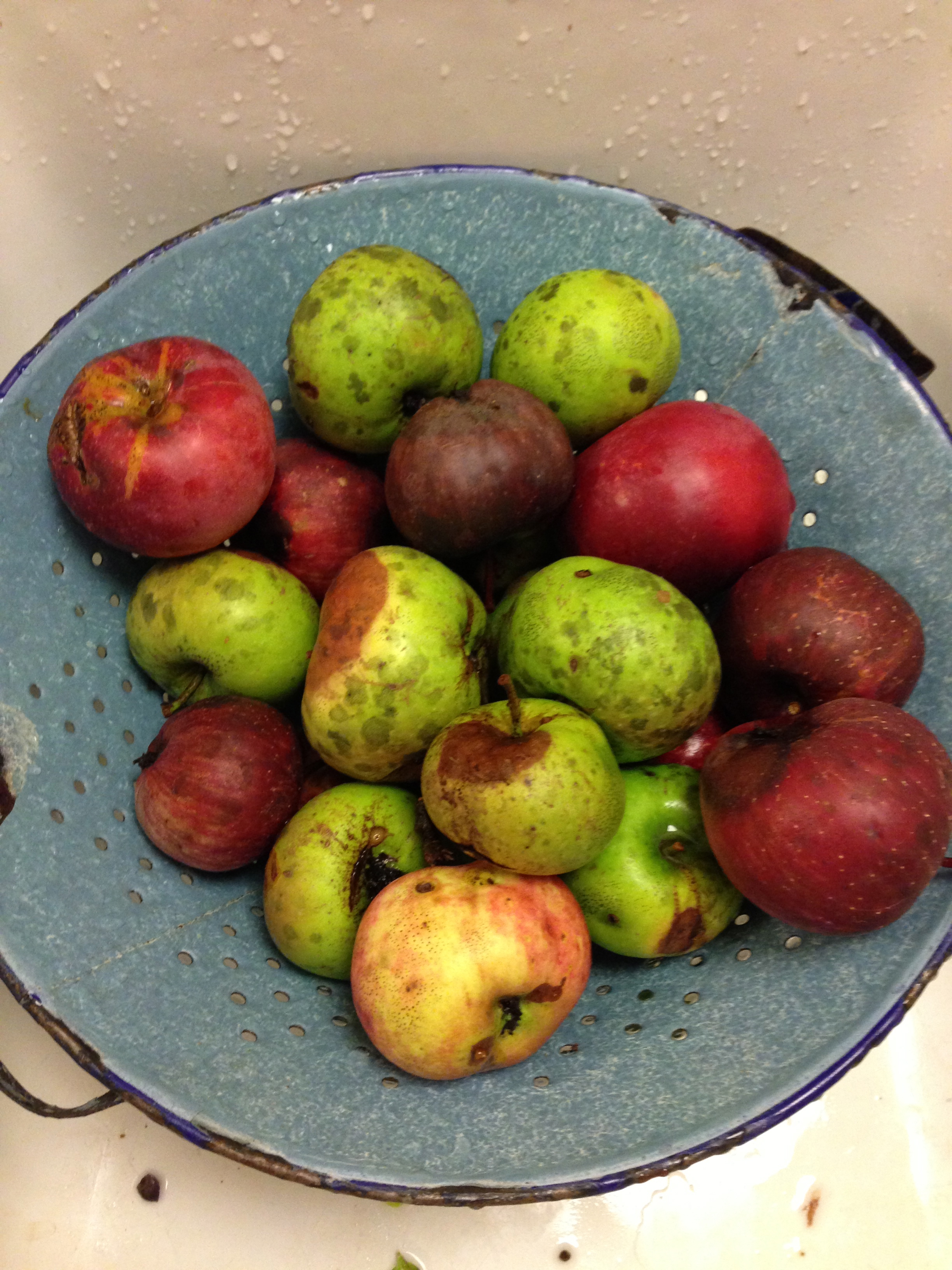 Here on the farm, the beautiful gnarled apple trees are beginning to drop their fruits, and the deer will eat them if we don’t gather them.  If I did not use the apples, I would surely let my grandmother’s spirit down.  So, as I have done for years, I make applesauce and relish it on my husband’s homemade granola on cold winter mornings.  Usually, I would spend hours at the stove stirring the pot, but this year, I tried something new–the slow cooker.  It works like a charm—filled to the brim with quartered apples and a tidge of water, started right before bed time, and, come morning – applesauce.  Tomatoes are also in season and once again, I have turned to the slow cooker, inspired by a fellow blogger.

In contrast, the colonial women that tended the hearth in this home were not graced with either electricity or the slow cooker.  They would have pickled or dried food for winter and, as well, set aside root crops.  If one is looking for instruction on the methods of colonial food preservation, make your way to Historic Deerfield on Saturday September 14, 21 or 28 from 10am until 4pm for “Open Hearth Cooking” demonstrations. For double fun, go on September 14 and attend a natural dyeing workshop.

In the meantime, I will leave you with a recipe for Tomata Catsup* from Mary Randolph’s The Virginia House-Wife.

Gather a peck of tomatas, pick out the stems, and wash them; put them on the fire without water, sprinkle on a few spoonsful of salt, let them boil steadily an hour, stirring them frequently, strain them through a colander, and then through a sieve; put the liquid on the fire with half a pint of chopped onions, a quarter of an ounce of mace broke into small pieces, and if not sufficiently salt, add a little more, one tablespoonful of whole black pepper, boil all together until just enough to fill two bottles; cork it tight.  Make it in August.

*spelling is as published by Randolph.