Yet another snowstorm looms in our local future, as it does for many on the east coast. The weather continues to be a topic of much talk and, in some cases, despair, as it ever was.

Noah Webster (1748-1853) kept a “diary of weather” and thus was able to put both past and present into perspective. He wrote:

“The snow in January of 1805 was about 3 feet deep. This was the severest winter since 1780. But the snow left the earth in March in good season & spring was early. I cut asparagus on the 14th of April, 9 days earlier than last year.”

His article ‘Meteorological’ in The Connecticut Herald seeks to make sense of the reported severest winters of 1780 and 1805. Webster was eagerly tracking the climatic changes through his strenuous data gathering, and thereby challenged the attestations of Thomas Jefferson and others that the “American winters were becoming milder.” Intriguingly, biographer Joshua Kendall links this controversy between scholarly gentlemen to what we now call climate change. Jefferson claimed that the deforestation in some states was the cause of this warming trend; Webster noted that variability in weather patterns was increasing, and he kept data and analyzed the statistics to prove it. Both of these wise individuals pointed to the plight that we are dealing with, or need to tackle, today.

Looking back at these winters and writers gives one a bit of perspective on the recent bout of record setting weather, which must needs give one pause about what we humans are doing each day as we shape the future of our globe. 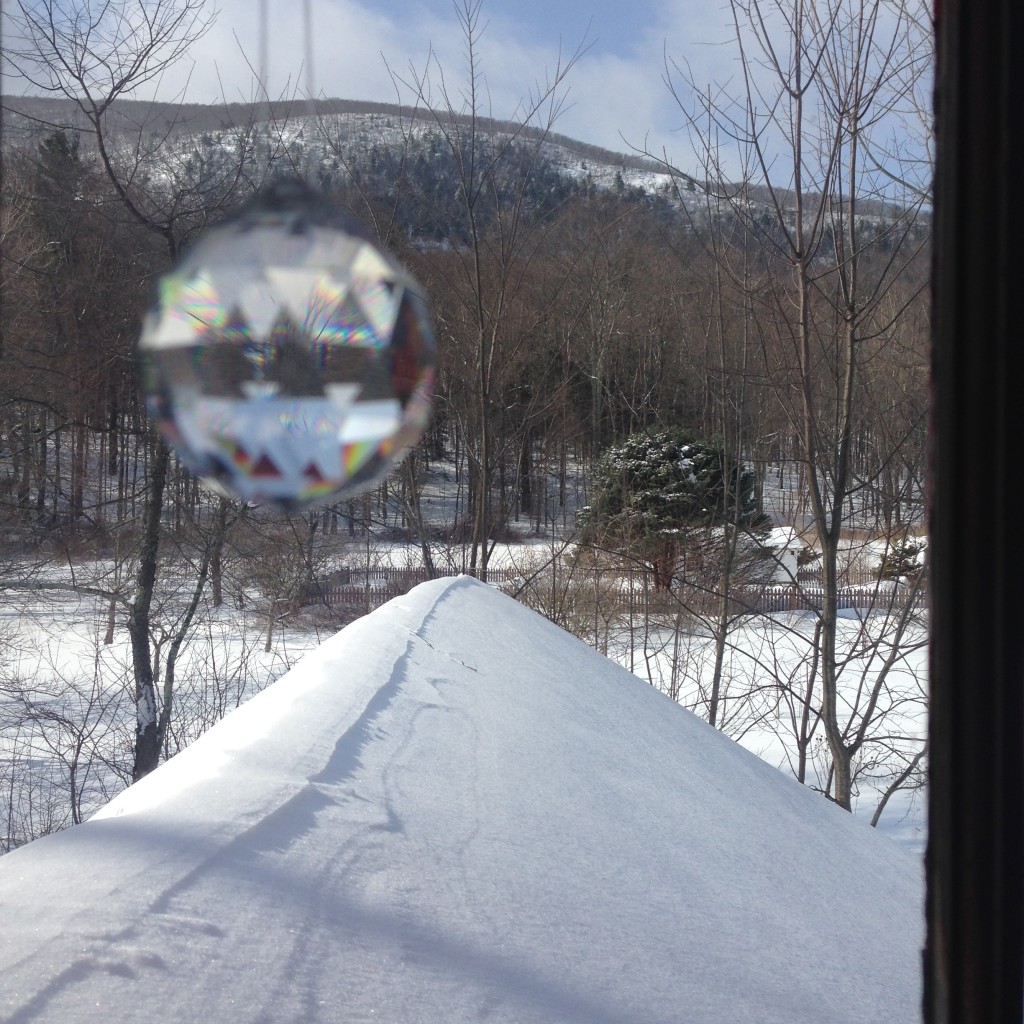 Wendell Berry asks us to remain in the present with our actions in regards to climate change and land abuse. He posits that if we are only thinking of what can be accomplished in the future, we are missing the opportunity for what we can do right now. He invites us to ‘save energy now for the future’ by beginning with small acts today. Berry states,

“We are always ready to set aside our present life, even our present happiness, to peruse the menu of future exterminations. If the future is threatened by the present, which it undoubtedly is, then the present is more threatened, and often is annihilated, by the future.”

“….so few as just one of us can save energy right now by self-control, careful thought, and remembering the lost virtue of frugality. Spending less, burning less, traveling less may be relief. A cooler, slower life may make us happier, more present to ourselves, and to others who need us to be present.”

Time, right now, to start a list of small actions for today.