Salem, NC was settled in 1766 by a group of Moravians that came over from the eastern part of what is now the Czech Republic.

In 1772, Salem Academy, the first girls school in the Colonies, was established by the Moravians and was a very ‘radical idea’ at the time, for the Morravians felt girls needed the same education as boys. Elizabeth Oesterlein was one of the first teachers, a ‘single sister’ as they were called, and taught “reading, writing, music, drawing, needlework…” among other subjects. The school rapidly expanded by demand and became a boarding school in 1806. In 1866, the school was renamed the Salem Female Academy. By granting college degrees in 1890, Salem College established itself as the oldest women’s college in the Unites States, as well as the thirteenth oldest college. 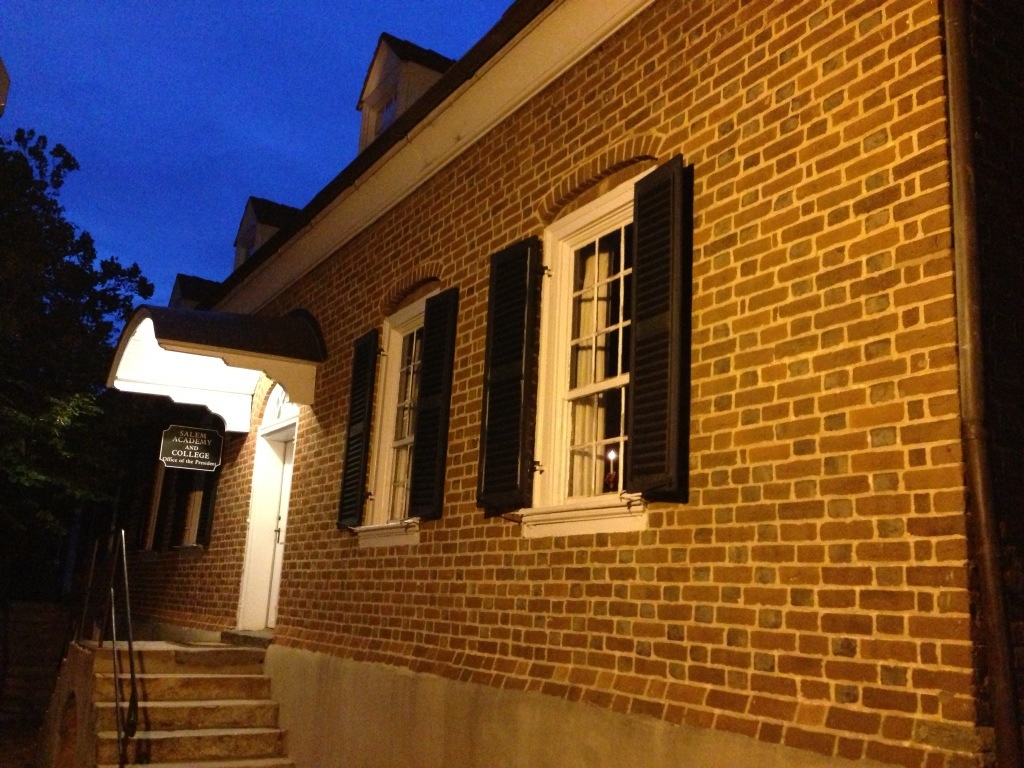 Both schools, Salem College and “Salem Academy“, continue to educate young women to this day and both are nestled amongst the colonial structures of “Historic Salem.” I think it would be fascinating to time travel and pursue my learning at Salem Academy with Miss Oesterlein.