Pumpkin pie season is upon us. Time to pull those familiar, readily accessible and relatively inexpensive spices off the shelf—-cinnamon, allspice, cloves, ginger, and nutmeg.   In my mother’s kitchen, whole nutmegs were stored in a bear-shaped glass jar once filled with Domino ‘Sugar ‘n Cinnamon.’   She liked the bear container and reused it, not as a matter of thrift, per se, but for pleasure. If she lived in New Amsterdam in the 1660s, she would have locked her precious nutmegs away, according to the historian Janet Zimmerman. 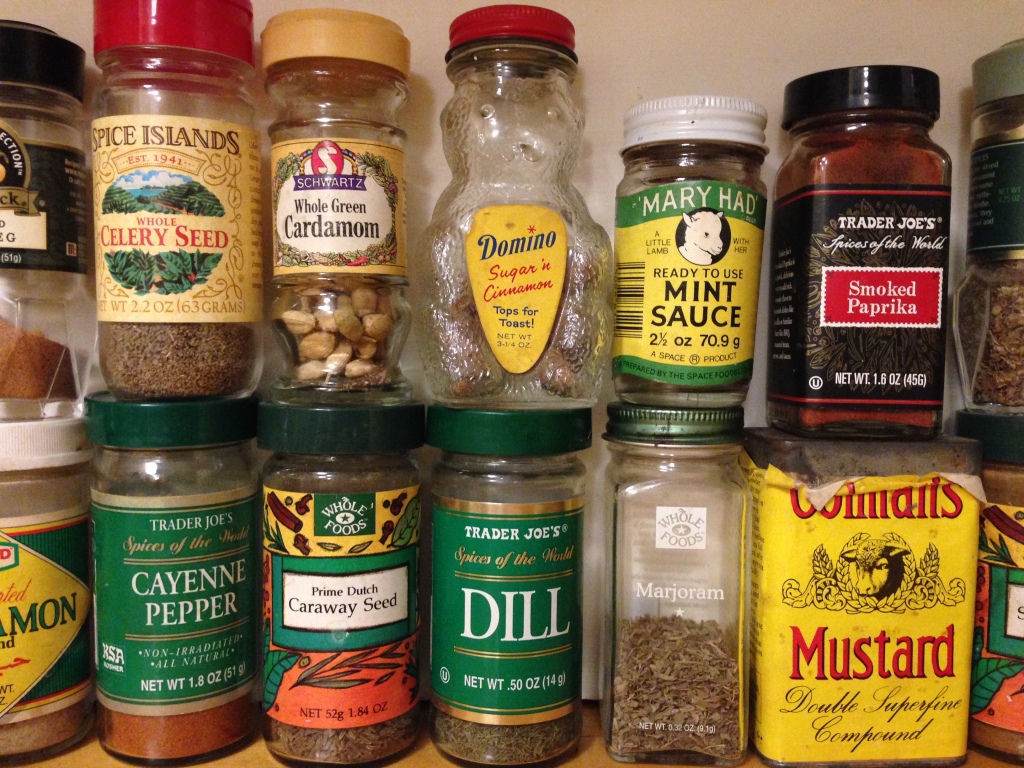 Indeed, the nutmeg tree was

“…native to only a single spot on the planet: the tiny volcanic island of Run in the south of the Banda Sea [surrounding a large part of the Indonesian archipelago]. Hyperbolic western herbalists credited the nutmeg with prolonging life, health, and youth; depending on one’s written source, the nutmeg was the ultimate aphrodisiac or the complete cure-all. All of Europe’s seafaring powers hoped to obtain their own nutmeg tree with which to start plantations outside the Dutch-controlled Moluccas.”

In the kitchens of New Amsterdam, nutmeg found its way into both savory and sweet dishes. In his latest informative, exquisite book, The New American Herbal, Stephen Orr provides a recipe for “an old Dutch spice” Koekkruiden,

When preparing your Koekkrudien, take a moment and roll one of those tiny nutmegs around in your hands, as I just did, recalling how cheap and easy it was to purchase, as are many commodities in our day and age. In contrast, I remembered that the prized nutmeg once commanded a ridiculously high price and precipitated bloody battles on the far-flung island of Run (part of modern day Indonesia).

Janet Zimmerman, The Women of the House: how a colonial she-merchant built a mansion, a fortune, and a dynasty, (Harcourt Books, 2006), pg.23.

Glynis Ridley, The Discovery of Jeanne Baret: a story of science, the high seas and the first woman to circumnavigate the globe, (Crown Publishers, 2010), pg. 199.