Last week, snow fell as forecast. A heavy wet whiteness outlined every branch and covered every surface. Trees laden with dense snow could not bear the load, and fractured limbs blocked roadways and downed power lines. We experienced a power ‘interruption’, as our utility termed it, for 36 hours. 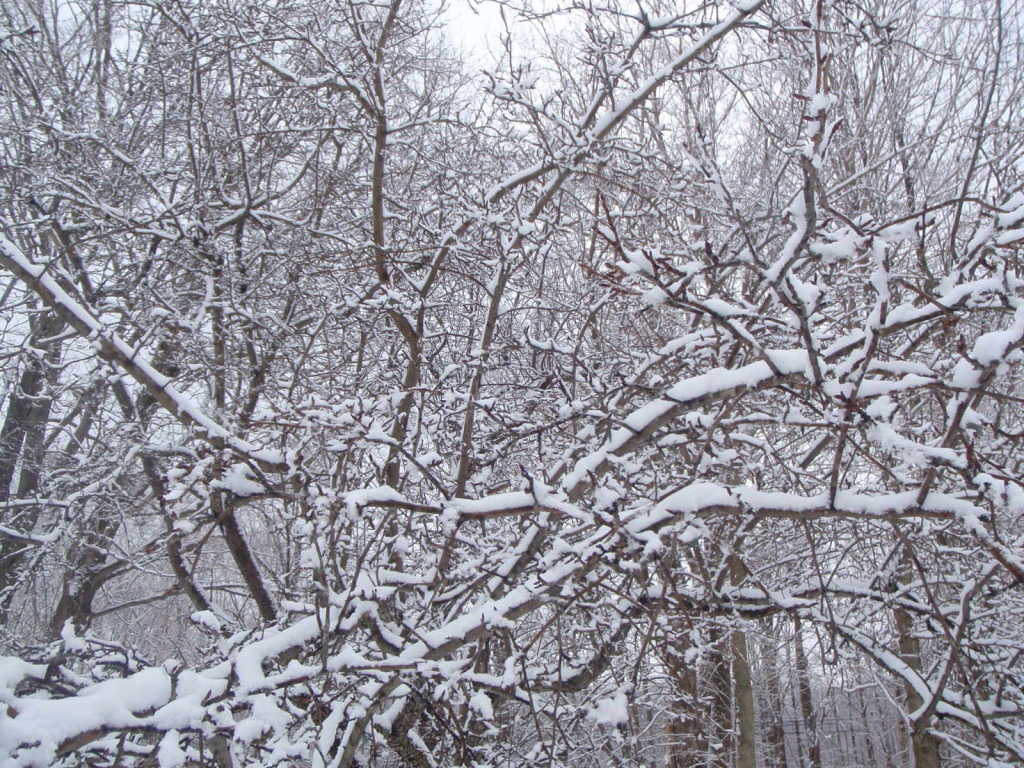 Luckily dinner was on the table when the lights went out. The candles illuminated our plates (heaped with warm, soothing polenta and greens), but not much beyond that. Looking outside, I could no longer see the neighbor’s lights far in the distance. Our world was quickly shrouded in darkness.

Over the next day and a half, there was time to contemplate and consider, as we inhabited a world without electricity and modern conveniences and connections it affords. No heat or running water; these two became the most missed and needed. No stereo nor internet; while it was refreshing to step away from instant access, the quiet became more accentuated and appreciated. Our old-fashioned rotary phone, stationary at that, plugged in; no more walking and talking or otherwise multi-tasking.

Being inside a true colonial home, these hours allowed me time to contemplate the following:

Weather forecasting—What range of natural signs did our early inhabitants rely upon? Thickening clouds, changes in wind direction and speed, the moistening of air, the up-turning of leaves, or changes in the feel of one’s body? No NOAA weather advisories to harken a blizzard. Almanacs would serve as a reference, as well as handwritten daily weather diaries kept in some households.

Time telling—Perhaps they could not afford a clock, but the sun’s position relative to the western mountain range provided a constant reference–a large sundial, if you will. Furthermore, if they had a flock of chickens, the light sensitive rooster heralds the coming of dawn and gathers his hens in the coop at dusk.

Water—Where was the water source in relation to the keeping room? And how did they stop it from freezing? How much water did they take in knowing a storm was imminent, and how did they decide the duration in which they might not be able to access the water before conditions improved?

Entertainments—Quiet descended on us, both outside and inside. M’s returning from feeding the chickens was announced by his beautiful whistling underscoring the stillness. No wonder Laura Ingall’s family rejoiced when Pa brought out his fiddle, breaking the silence and bringing in felicity. I wonder about what other entertainments they may have engaged in.

Chores—-All outdoor work was done in a timely manner and at the right hour of the day. One would take advantage of the natural light, for when darkness arrives without flashlights and headlamps, it would be onerous, if not impossible, to work. No wonder the harvest moon was so appreciated, not only allowing extra time and more illumination.

Light sourcing—Candles and a few flashlights became more treasured on the second night of the ‘interruption.’ At first, I could barely discern what was in the bottom of the pot on the stove. Soon I grew accustomed to the dimness, and realized how hard it was to read, sew, knit, whittle, write or sew or do anything at night. 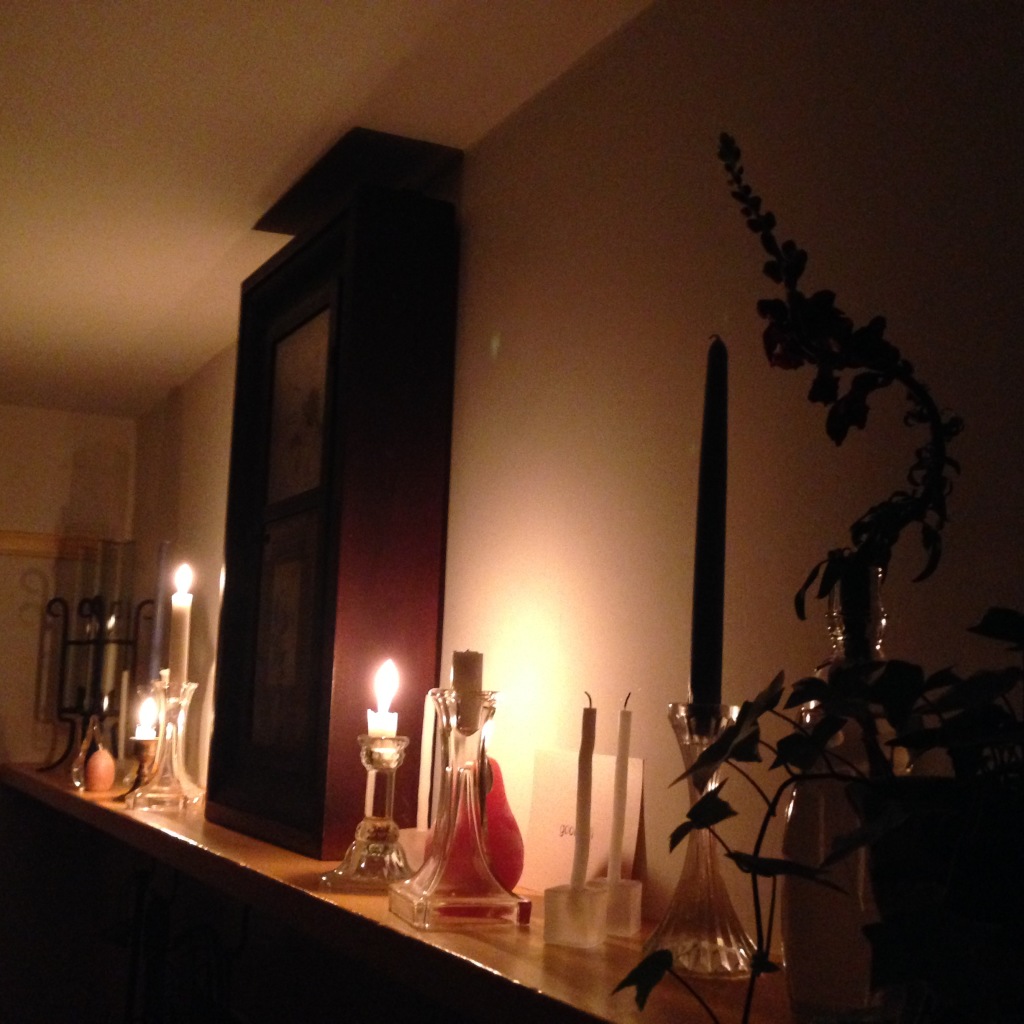 I attempt to envisage what it was like to inhabit this house over 200 years ago, and being without power for an extended but certainly endurable period allowed me a glimpse into the quiet, strenuous past. It is often difficult to step out of the modern and try to feel and see days of yore. Visiting historic sites and reading well-written biographies or first hand accounts and history books gives one another peek into a past world, as often does a transporting film; one may be brought closer to this past, however, when one “loses” our modern conveniences, whether by choice or by circumstances.

NOTE: The harsh realities depicted in the new movie “The Homesman” offer a glimpse of unrelenting Nature and human striving. We are with Mary Bee Cutter, the heroine of the film, and her moral and physical dilemmas of the 19th century American prairie.