Last week, we harvested the bulbous bulbs of garlic in our garden, and now they are laid out on old window screens to dry before cleaning and storing. Planting garlic in the fall is one of the easiest chores—each clove is put into its own 6-inch hole and, covered, and there they sit all winter long. The shoot emerges in the spring, the scape is harvested and made into pesto, and the bulb continues to grow. Finally, around the last week of July, (give or take a week), each bulb is coaxed gently from the earth.

Week by week the garden yields new treasures from the first peas, to asparagus and then to strawberries, and ramps up as the summer proceeds. Just as one harvests, one must tend the garden as well. Leaving the ground alone for too long provides an opportunity for weeds to settle in, thus depleting the soil, and causing extra work for the gardener. As you know, dear reader, I adore weeds, but not so much in the vegetable patch.

Around the Year in the Garden by Frederick Frye Rockwell (1884-1976) provides one with weekly guidance. “July: Fifth Week” is right on target with sage advice:

“As fast as a strip of ground is cleared, even if it is a but a single row, it should be sown to a cover crop to be spaded under next spring. Besides adding humus and making conditions favorable to the development of bacteria, there are several advantages in having a growing crop on the ground throughout the winter. Such a crop forages the lower layers of the soil for food that most of the vegetable plants cannot reach, and brings it to the surface; it captures remnants of plant food that would leach away during the winter, and holds them in storage until they are required again next summer.” 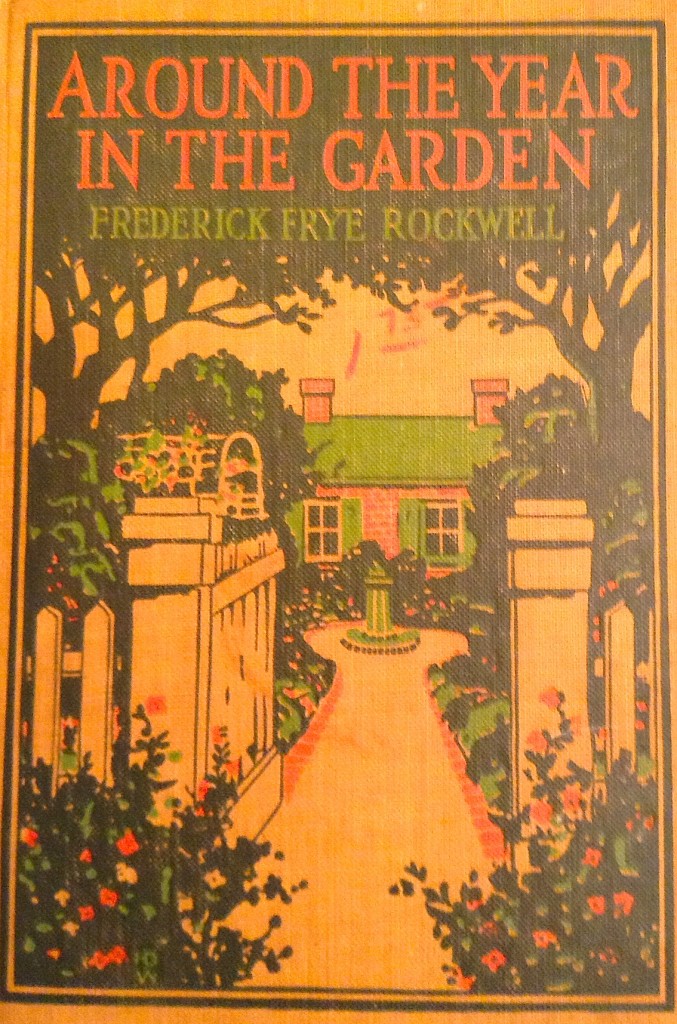 He recommends both rye and vetch as green manures, as well as Essex rape and buckwheat.

“If bees are kept, or there are chickens to be fed, a small patch of buckwheat should be put in. For the honey bees, a few rows through the garden will answer. For mature grain it should be sown at once; for a winter mulch, sown with crimson clover, or for spading under this fall, it may be sown at any time during the next two or three weeks.”

Indeed, the rye seeds are in the ground along with a few rows of buckwheat for any foraging bees. Added to the chore list for the first week of August–order fall bulbs, both garlic and flowers, from Fedco.